So okay, I already re-drew Mars 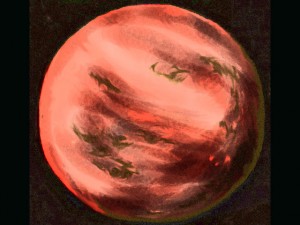 and I’m working on Earth.

Since Earth is largely water, I started with a blue ball.  Which must be right because Waylon sings:

I live on a big blue ball
I never do dream I may fall
But even the day that I do
I jump off and smile back at you. 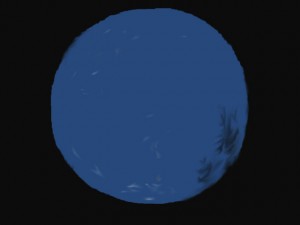 I don’t even know where we are
But they tell us we’re circling a star
Well, I’ll take their word I don’t know
But I’m dizzy so maybe that’s so.

a.k.a The Executioner’s Song
(Jesse Winchester)

Now all I have to do is throw in some continents, polar ice caps, cloud cover, the greenhouse effect, and give it some “spin.”

Sort of neat to create my own Earth.  It’s obviously a bit lumpy (just where is that circle maker in Photoshop?) but I’ll smooth it out with really nice people living on it.  Rather than starting with apes who as everyone knows, just look out for themselves, I’ll make the entire world population good and kind and honest.  Maybe I’ll make the oceans smaller and the land masses bigger so that the folk aren’t as separated by the island effect.  I’ll make it maybe, like say, a day’s ride on the ferry from land to land.  I’m sure they’ll be nicer to each other if they feel more connected.  They can visit each other and get along better; maybe share recipes and leafblowers and stuff.

Let’s see how long they can stay that way.

This entry was posted in NEW MEDIA. Bookmark the permalink.