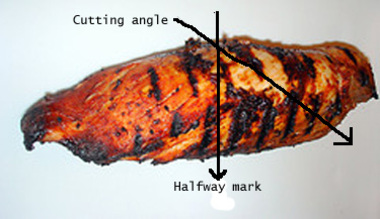 As some of you know, I’ve been through a three-year heartbreaking battle in probate court with a sister.  The estate attorney was recommended to me by my closest friend who also, like me, has two sisters, but was wise enough to have her mother list all three as executors, (which my father wanted to do) instead of allowing one total control–especially since that one sister was the one who wanted to buy the house.

Well three years later and it looks like we might have compromised on a settlement that avoids removing the executor and facing a whole new onslaught of problems and depleting the estate value even deeper than the 30% already wasted.  It was a time to cut losses and run.

What I’m getting around to is human nature here.  Everyone knows the horror stories of probate, and everyone says “it won’t happen to us.”  Knowing this and the way things turned out for us, I warned my friend of the possibilities.  She assured me that she and her sisters wouldn’t come to that.  After thinking about it, despite my initial protests that I never felt we would either, it came down to this:  I should’ve known better and insisted that my dad go with his first choice of co-executorship.

There were big tip-offs, although I never had any run-ins with my sisters since we were kids.  Oh yeah, there was a problem over a ring my Dad was talked out of and lots of little stuff over the years, but I was able to control things a bit when my Dad was alive.  With him gone, I was helpless. Now this is not a big inheritance by any means; it all comes down to little things sometimes.  And while I trusted my sister pretty much to be fair, there were clues all along.  She’s a good person, I love her, but being two years older than me always gave her some advantage.

Such as cutting a pork tenderloin in half.